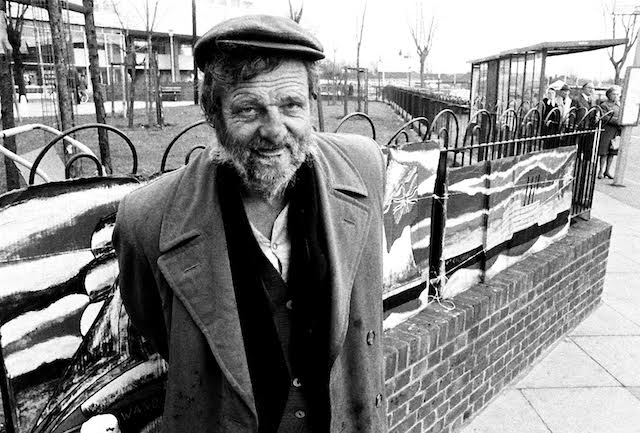 “Sadly lost again in a longing for the past” (9)

A timely cryptic-crossword clue this week made me realise not only that “nostalgia” is an apt anagram of “lost again”, but that I have recently been drawn more and more back to the place where my childhood was set, Upminster, a dormitory town on the border of London and Essex. It was rather a happy place, through a childhood lens a little Trumpton-like in the gentle bustle of its reliable independent shops, well-sheened parks and reassuring lack of drama or change.

Preoccupation with the past is an inevitable symptom of lockdown, but looking back with older eyes, it has struck me that my generation was born into the dying days of a different age. We were too late for the Sixties (and I for one certainly grew up in its parting shadow, constantly overhearing tales of the colourful realm that I had missed), but it was a wider age that was really coming to a close, as I realise now that I remember the ability to buy everything from a week’s worth of groceries to a new fridge from the local shopkeepers, and the regular visits of the coal man, the milkman and, amazingly, the rag-and-bone man, a character who now seems as remote in history as the muffin man and the lamplighter. But the childhood figure who keeps coming back into my mind is the old tramp that I used to wave to on my way to school: Peter the Painter.

Peter was a raggedy old hobo who looked as if he had shambled out of a storybook, or Stevenson’s The Vagabond, which I learned at school and which reminded me of him. He had an old sea dog’s face, messy beard and twinkling eyes. He had lived for a time in one of the outbuildings of the farm that our house backed on to, well looked after by the farmer, Mr Coe, and his wife, but then moved down to make a home beside the furiously busy dual carriageway that connected London and Southend.

Every morning he could be seen with his paintings displayed at the side of the road, always ships, particularly steam ships, painted on scraps of wood or cardboard. They tended to be very bold affairs in vivid colours, which meant that they were easily visible to passers-by, although it was an odd place to display them, since there was no stopping place on the road. As a child, inevitably I was fascinated by Peter, and intrigued by romantic rumours that he was from a wealthy family but had turned his back on them for a life on the road. (These rumours still persist, constantly being confirmed and dismissed, across the internet.)

Curiously, for a man who had defiantly settled into a life outside society, his own daily existence curiously mimicked, perhaps even parodied, that of the rest of us. Every day he walked the three miles along the dual carriageway, a stack of paintings under his arm, to arrive at Romford, where he would row his pictures up outside the library and occasionally make a little money from them. Then, as the day died away and the shoppers dispersed, he would pack up and walk the three miles back to his home under the flyover. Coming home from school each day, part of the procession of people returning from their daily commute, there he would be alongside us, like a satire of us all, hobbling home, happy.

He was always good for a story on a slow news week in the local paper, particularly as Christmas approached – the council giving him a bath, for instance – but I was amazed to find that more than 30 years on from his death, not only are there countless remembrances of him on local history groups on social media, but a display of his work at a local museum, as well as tales of how he inspired a song by Upminster-born Ian Dury and, sweetest of all, this memory, posted on Havering Museum’s site by Jacqueline Bartlett:

“As a schoolgirl waiting for the 248 bus to Sacred Heart Girls School in Upminster, I remember Peter the Painter. He singled me out one morning in the mid-1980s while I was waiting at the library bus stop with friends to go to school and handed me a small packet of crayons. I went on to study at Art College in the 1990s and teach art in secondary schools. He saw something in me that even I wasn’t aware of at the time.”

Peter died in Oldchurch Hospital during the ferociously cold January of 1987, apparently aged 67. His family buried his ashes in the churchyard of the affluent rural village of Stock, about ten miles from Upminster.

I was amazed to discover, through sharing my memories of Peter, that in 1970 the LWT arts series Aquarius made a short film about him for their Christmas special. It’s not been seen since then, and only survives as a black and white print, but it’s an invaluable if rather insubstantial piece which I’m delighted to share here. So here is Peter, in his heyday, a part of the childhood of so many who, like me, peered curiously at him through a car window, in a world where vagrancy seemed more the result of an eccentric personality than a broken-down society.

"So many faded old names, broken toys, shattered joys, lost little pieces of truth, had their day, had their say... " (Pieces of Me, Linda Hoyle)